Carnival 2020 in Madeira Island With Diversity and Various Activities 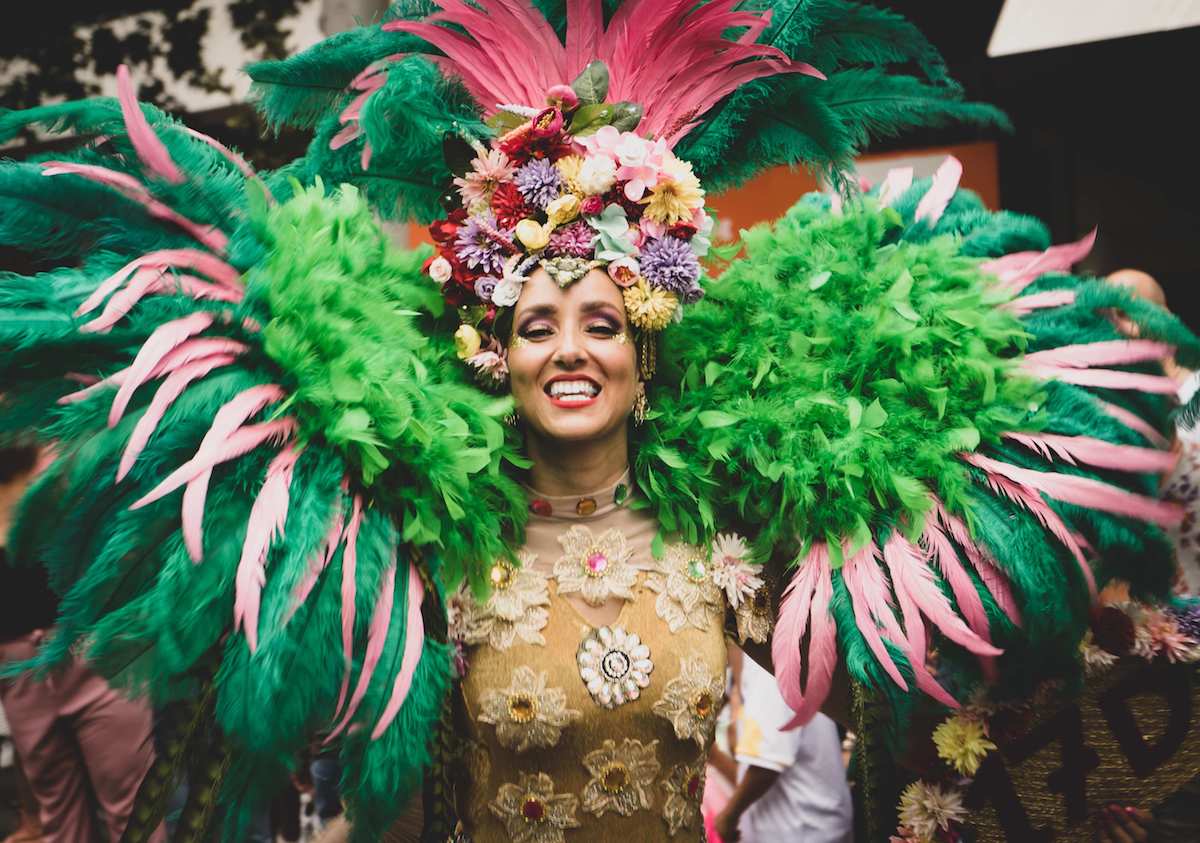 Carnival 2020 in Madeira Island offers you a diversity of activities of your choice, with the option of integrating them as a simple spectator, or as an active participant, festivities taking place between February 19 and March 1.

In Madeira, the carnival season lives in a constant festive atmosphere. Both in initiatives of an official nature, as in those of a more spontaneous nature, rooted in madeiran tradition, joy and good disposition prevail in the streets, in entertainment establishments and private houses.

Find out more about what to expect from the Carnival 2020 in Madeira Island!

On Saturday night, the colorful and lively allegorical procession takes thousands of tourists and residents to the center of Funchal for him to watch. This is the main attraction of madeira carnival festivals. In it participate more than a thousand revelers in flashy costumes, and a dozen exquisitely adorned floats.

The Trapalhão Procession, held on Carnival Tuesday, represents the procession that was previously done, spontaneously, in Rua da Carreira. Participation is open to all, domestic and foreign, and can be done individually or in groups.

Carnival celebrations begin with the “Festival of Compadres”, which takes place in Santana. This traditional festivity is inserted in the rituals of passage from winter to spring and regeneration of the local community. The action develops in a clear antagonism between local male and female residents, evident in the confection of dolls and dolls with a satirical character.

From wednesday leading up to Carnival Day, funchal’s downtown city, especially the central sign of Arriaga Avenue, lets itself be infected by the magic of carnival, and becomes the center of numerous street animation initiatives that include music carnival, shows, streets and various performances, contributing to the awakening of the spirit of revelry of tourists and residents.

Traditional manifestation of Madeira Carnival are the so-called “robberies”, which take place during the time leading up to Carnival. These were performed by groups that, masked “robbed” the home of friends and acquaintances, in order to eat them the delicacies of the time: the traditional “dreams” and “malaise”.

The night life units offer, also during the time leading up to Carnival, several themed nights, such as “Night of hippies” and “Night of transvestites”, inviting their users to have fun disguised in a mask of this theme.

Downtown is again toasted with another animation initiative that excels in originality and creativity. With an infectious energy, hundreds of revelers from the Funchal Community Development Association parade along Arriaga Avenue to the Municipal Garden, where a show takes place.

During this period, parents and children strive to make the masks they take to school. On Friday morning before Carnival Day, about a thousand small revelers from various schools and daycare centers in Funchal, parade, disguised, through the city center (Avenida Arriaga), in an environment of carnival animation.