10 Curiosities About Funchal City Centre that you Need to Know 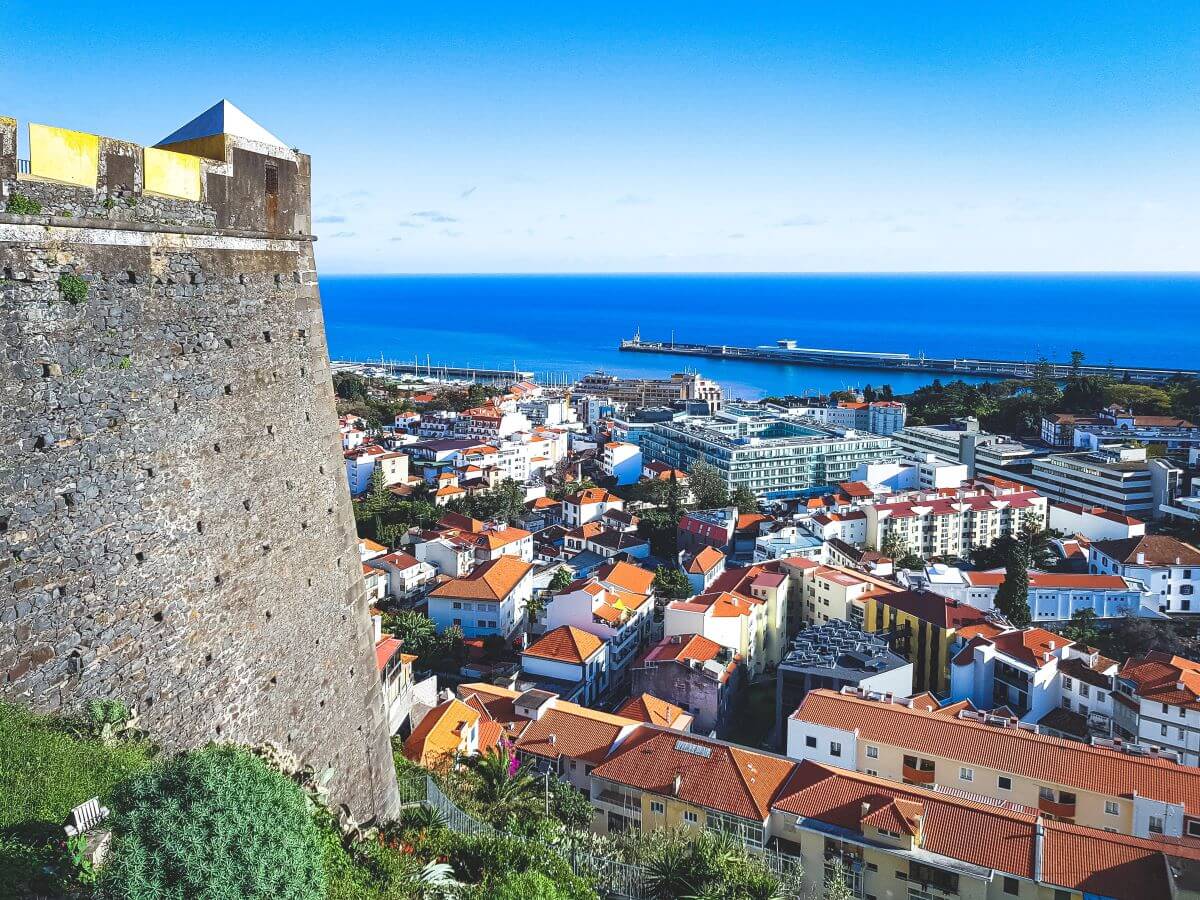 Funchal city, with more than 500 years of history, is the capital of the Autonomous Region of Madeira. Although located on a small island, this wonderful and modern city has become well known worldwide due to its magnificent landscapes, luxury hotels, and restaurants, its wonderfully mild climate throughout the year, and its many activities, from getting in touch with nature and relaxing to experiencing the nightlife characteristic of a modern city.

If you are considering visiting Funchal and want to know some curiosities about this wonderful city, this article is perfect for you!

For many years, Funchal was the only city in the Autonomous Region of Madeira. In fact, it was not until the end of the 20th century and the beginning of the 21st that other cities were introduced, such as Câmara de Lobos and Santa Cruz. 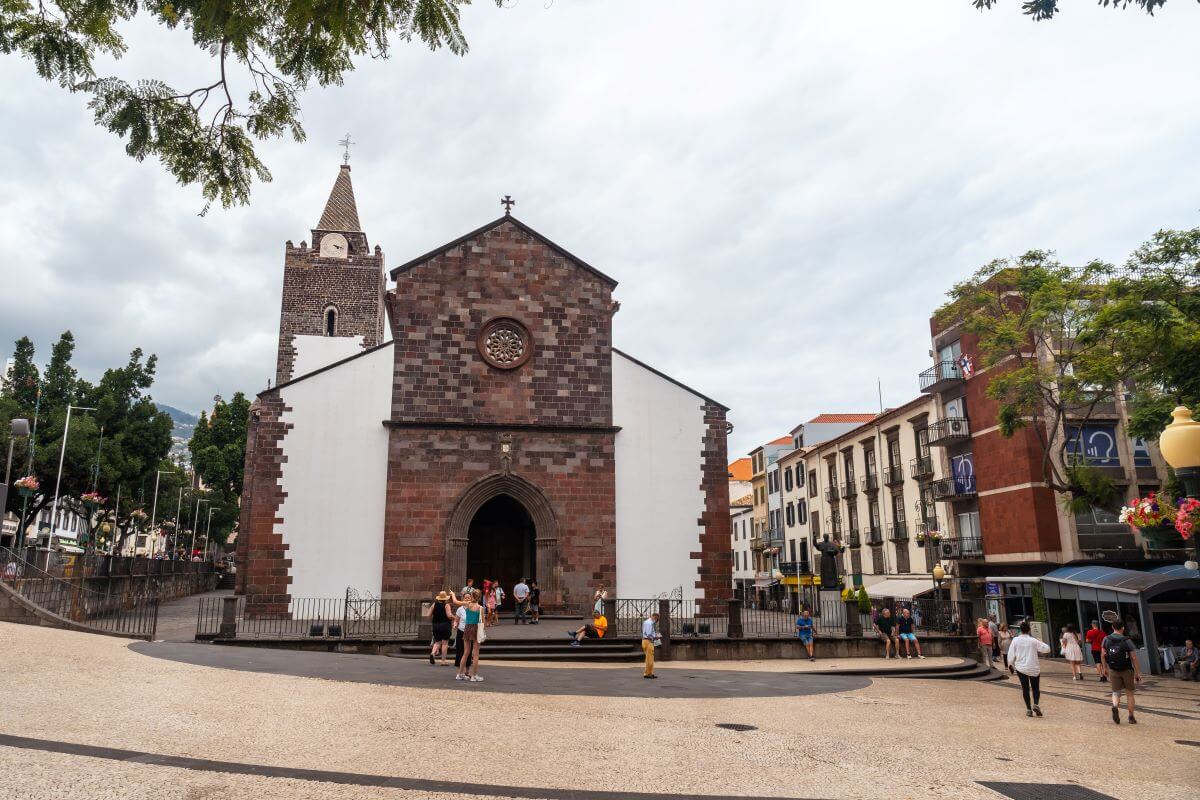 Ordered to be built by King Manuel I, “Igreja Paroquial da Sé” is one of the oldest buildings located in the centre of Funchal and has been considered a national monument since 1910.

With enormous historical and architectural value, this artistic work of great quality is due to the master Pêro Anes. Still, it consists of a simple but emblematic facade, with a Gothic portal with fine archivolts.

The wonderful Sé Cathedral is the most visited, in Madeira island, by tourists and locals. 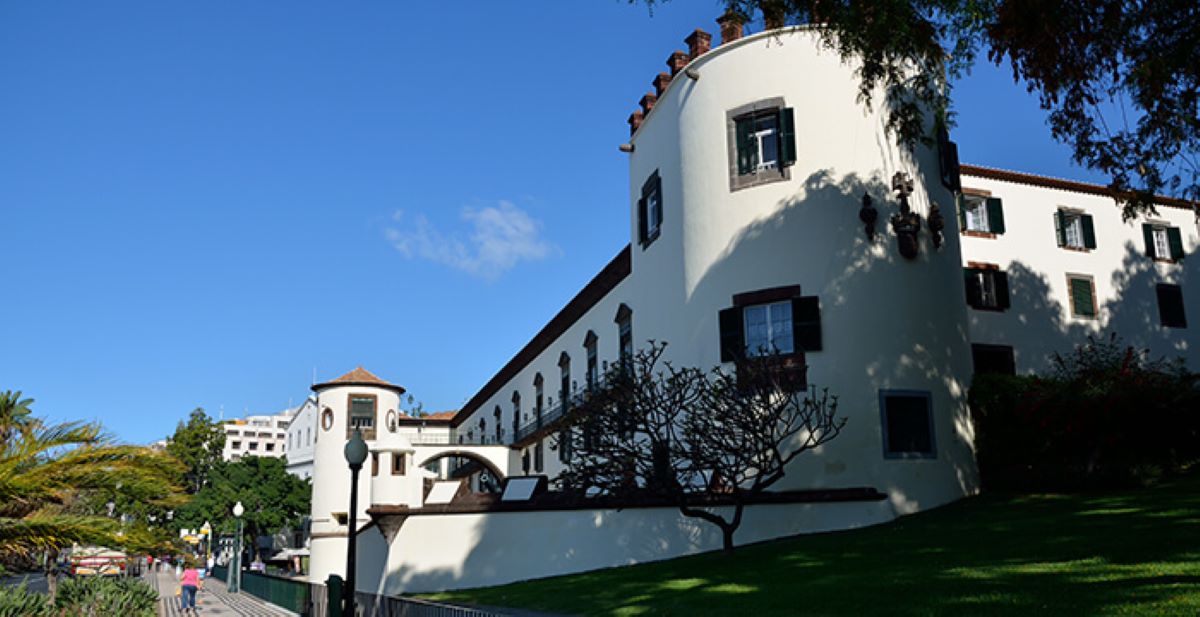 Located in the centre of Funchal, the palace/fortress of São Lourenço is Madeira Island’s most important civil and military architecture and was classified National Monument in August 1943.

As a result, the building serves as both the residence of the representative of the republic and the headquarters of the Military Zone of Madeira.

In the “São Lourenço” Palace you can also visit the military museum.

Funchal city is the scene of one of the biggest fireworks displays that, at the entrance to the new year on December 31st, lasting approximately 8 minutes, was recognized as the “Greatest Fireworks Show in the World” in 2006.

Thousands of people, both tourists and locals, attend this magical event every year.

– The Flower Festival in Funchal City 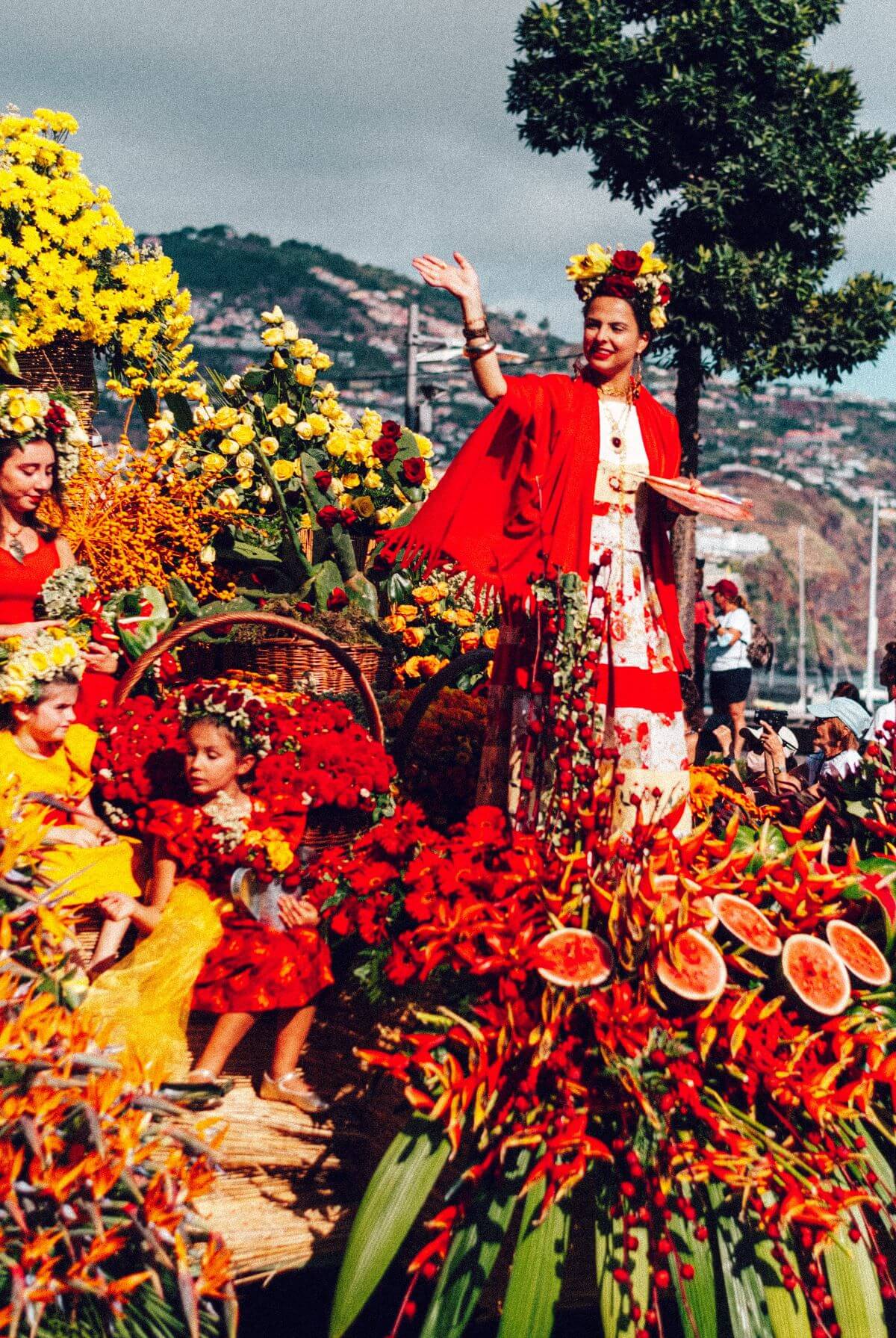 The Flower Festival attracts thousands of tourists to Madeira island every year, with Funchal centre as an amphitheatre, the wonderful spectacle brings families and communities together to celebrate spring.

Due to Madeira’s mild climate throughout the year, the Flower Festival is undoubtedly a remarkable event due to its beautiful floral species. 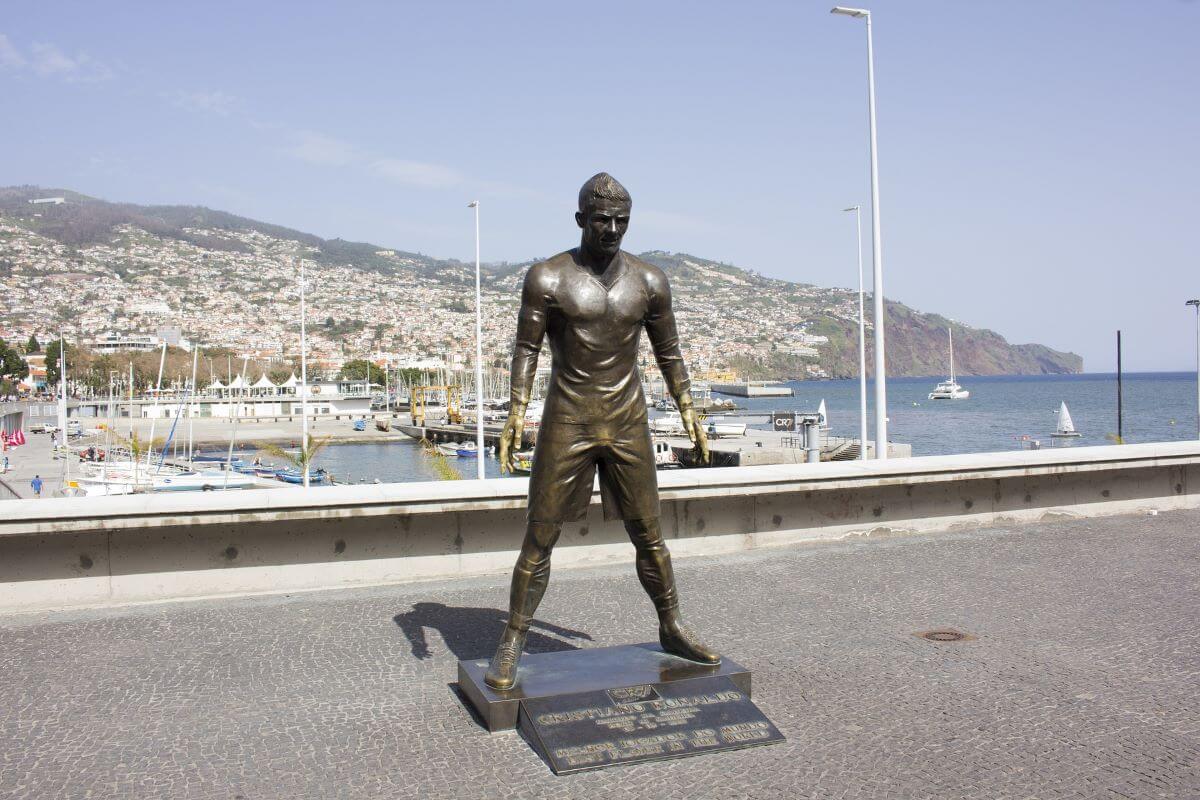 Do you like football? Did you know that Cristiano Ronaldo was born in Madeira Island, and has a fabulous museum in the centre of Funchal.

The CR7 Museum has all the individual awards won by Cristiano Ronaldo, in fact, there are more than 200 individual and collective awards displayed in the museum. 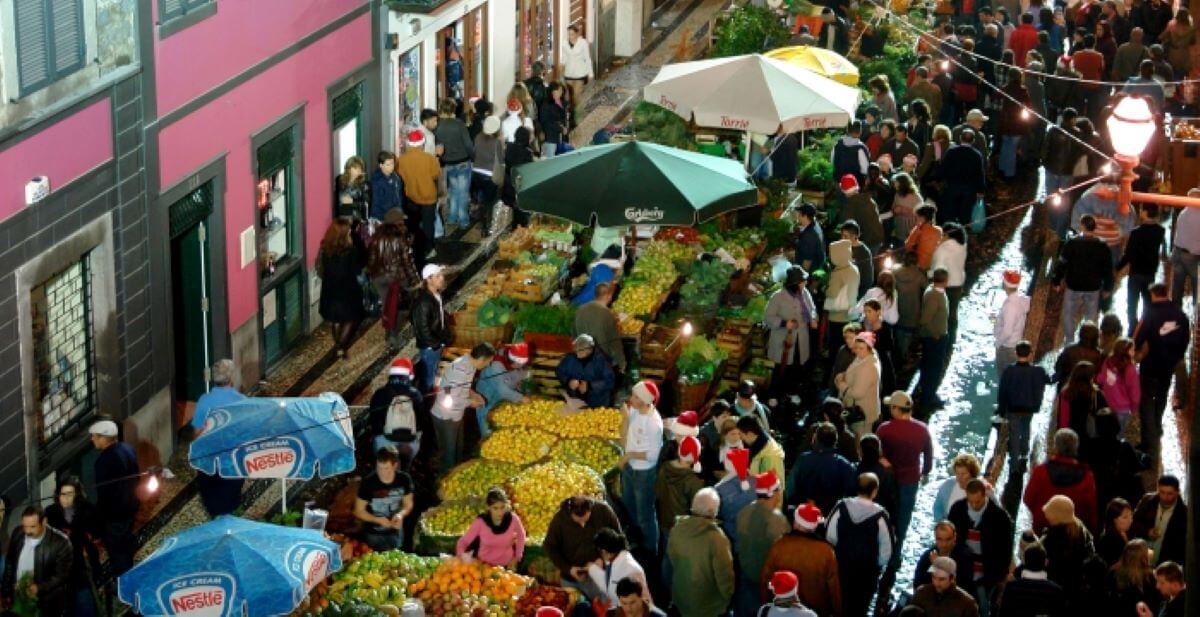 On the 23rd of November, thousands of Madeirans meet in the streets of the “Mercado dos Lavradores”, located in Funchal, this traditional festival has several “stalls” that offer consumable products, especially Madeiran products, throughout Funchal city. 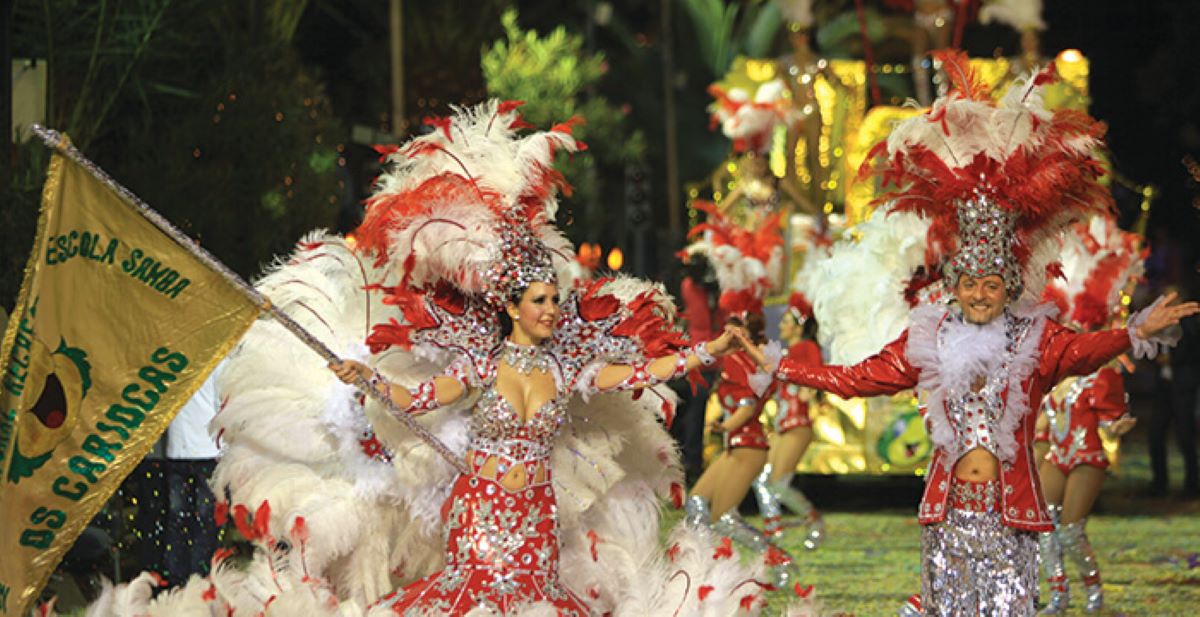 During Carnival, in February or March, one of the biggest festivities on the island takes place. In Funchal, there is one of the best carnivals in the world, with the “carnival parade” as the main attraction, this show lasts about two hours and makes Funchal city a true “carnival” with music, dancers, lighting and much more.

-Scenery of dolphins and whales 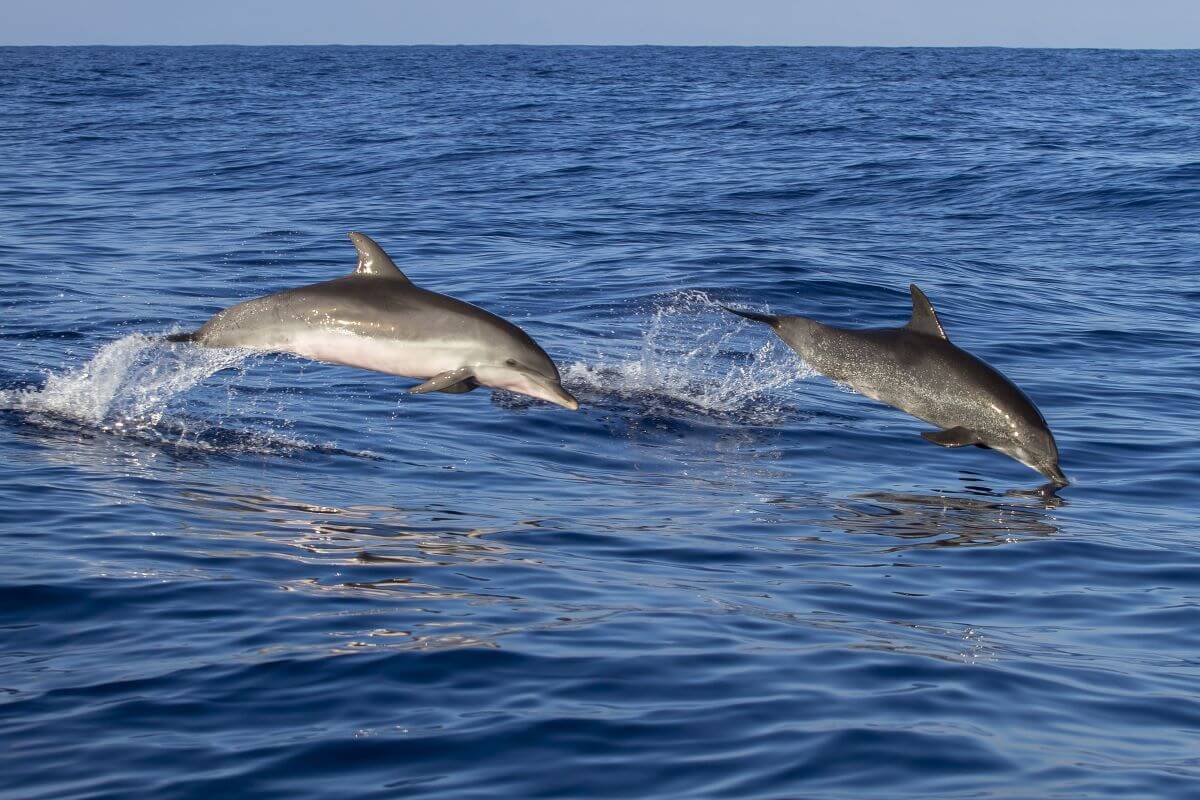 Several companies offer dolphin and whale-watching tours in Madeira Island, and many of them are located in Funchal city.

Undoubtedly, one of the best activities to do during your visit to Funchal.

if you like this type of boat trips, make your reservation now! Whales & Dolphins Watching. 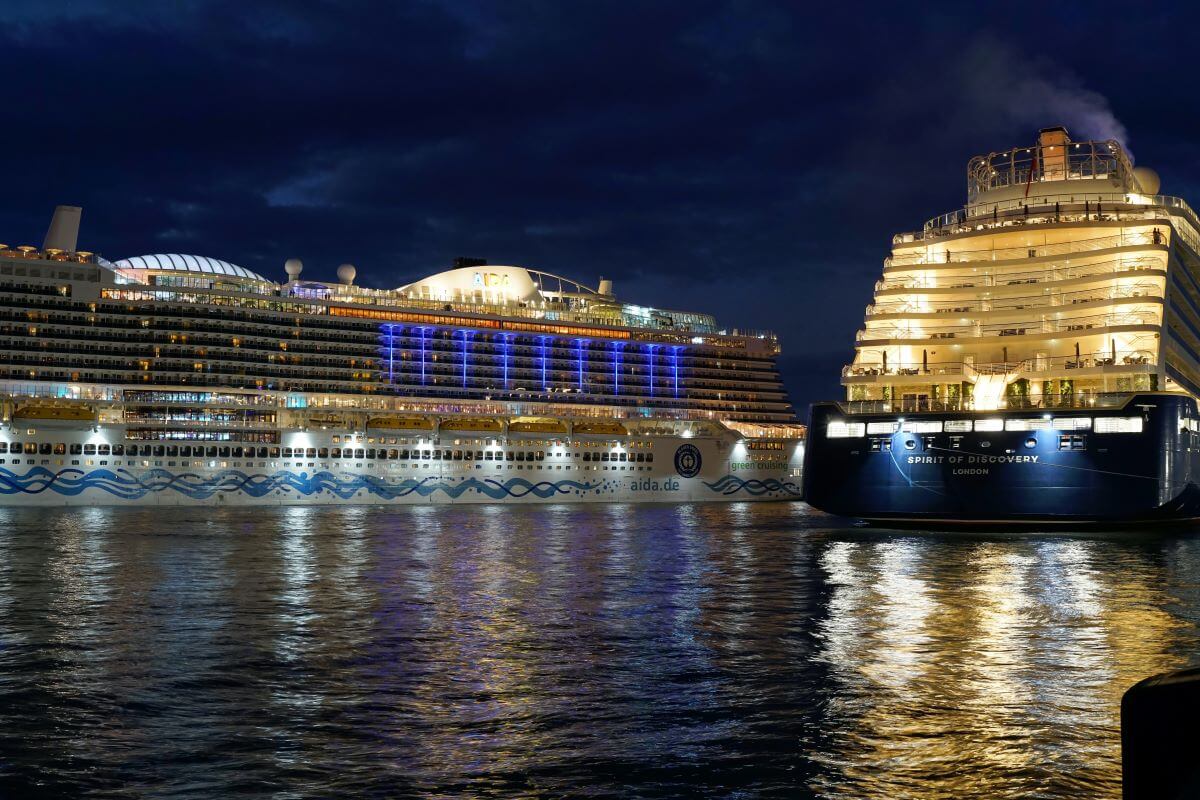 Funchal is one of the main ports of passenger ships in the Atlantic and is recognized as one of the two most spectacular in the world.

Currently, most European cruises pass through Funchal on their first trip, so it is very common to see several cruises arriving at the same time.

A beautiful city for all tastes and with a lot to offer, you cannot miss visiting the capital, tourist and cultural centre of Madeira, Funchal.

If you want to know more about Funchal City, read our article, What to Do in Funchal? 10 things you Should Try in 2022.