11 Things you Should know about Madeira Island Portugal 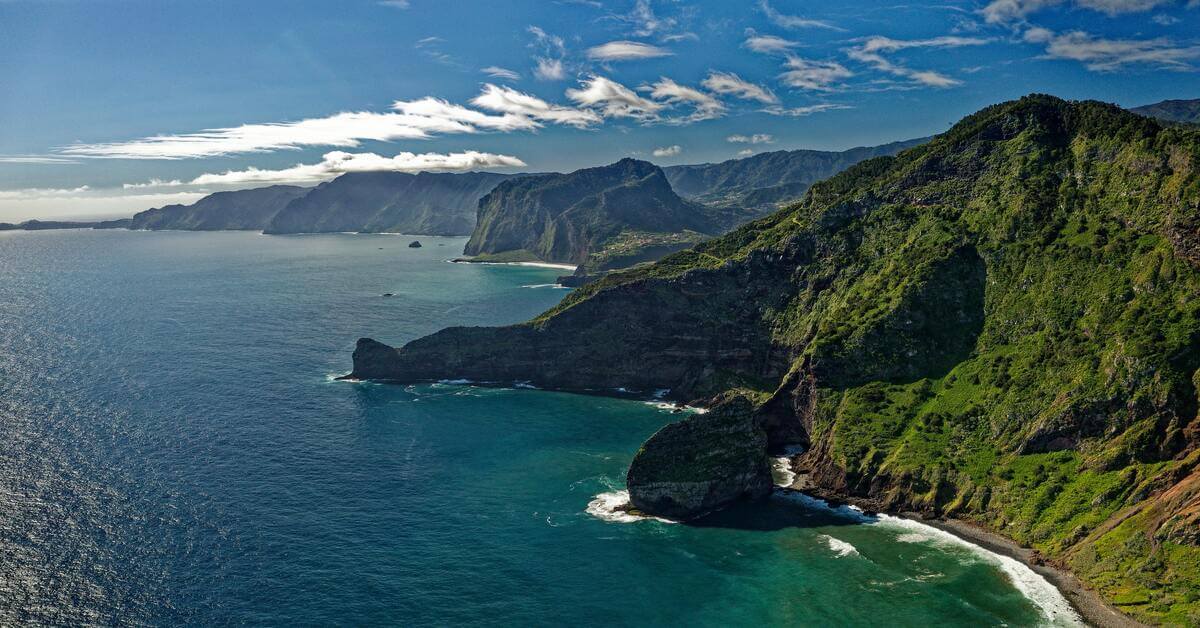 Madeira is a fascinating island in Portugal, which has many traditions so in this article you will know some facts that you should know before coming to the island.

Have a look at our 11 Things you Should know about Madeira Island Portugal.

If your definition of traveling means safety, tranquility, natural beauty and little traffic, then Madeira should be a good option. Unlike the bustle of Lisbon and Porto, the island is very calm and peaceful. You will not spend hours in traffic, as work is never too far from home, leaving you with more time for family. And if you go to certain parts of the island you can even be in a more peaceful environment.

The island of Madeira is known for an amazingly mild climate, all year round, moving between 25º C in the summer, and 17º C in the winter, and with moderate humidity. There are also a number of microclimates, so that in the space of just a few kilometers you can find quite a bit of variety of climates. The south of the island is normally sunnier, and the north is wetter, so you can practically plan your hikes by degrees Centigrade. Porto Santo has drier weather, but it’s never too hot to handle.

Madeira also has an epic gastronomy. While the food is marvelous , this experience focuses on the drinks of Madeira, particularly the Madeira wine and poncha. Madeira’s wine is very unique in its flavor and you will love tasting it, but you will also love learning about its unique origins and harvesting process from the local islanders. As for the poncha, this drink is actually the most traditional drink of Madeira and normally is made with Aguardente de cana (distilled alcohol made from sugar cane juice), bee honey, sugar, lemon and different fruit juices depending on your personal preference of poncha. In the image we also see our island’s beer. 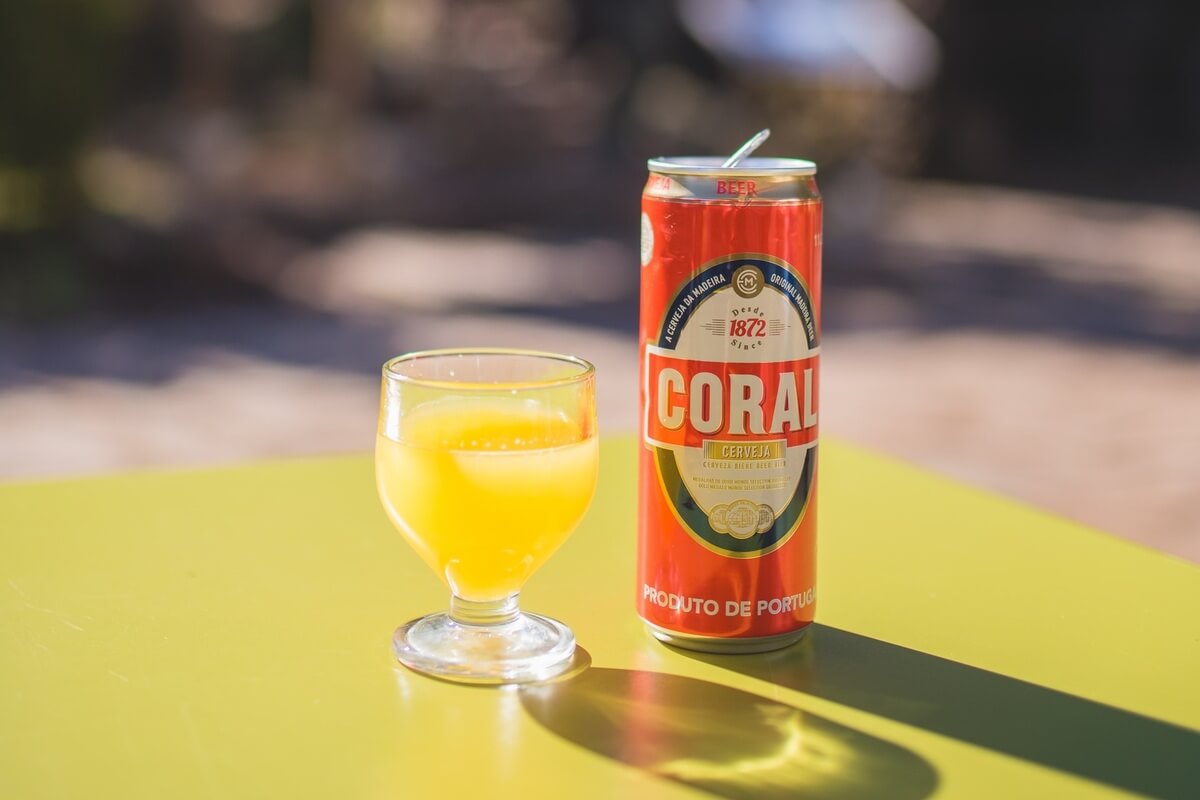 Ponha and Coral (beer) from Madeira

Madeira is an island that runs in tourism, so you will encounter a vast amount of activities for tourists all around the island. That means that you won’t run out of activities to do while you’re here.
Throughout the year you will come across a great number of festivities that you can be a part of, and that gives you a chance to know more of our island’s culture and traditions.

Madeira was born from a volcano, bursting up from the seabed in a series of seismic explosions. Some million years later, it spreads out in a number of mountains and plunging ravines that are at odds with its image as a place for sunny getaways. The island’s highest point is Pico Ruivo(one of the biggest in Portugal), a 6,106ft titan that’s only accessible by foot on a trail. The trail requires a little effort, but the reward is a view that reveals the coast in every direction. 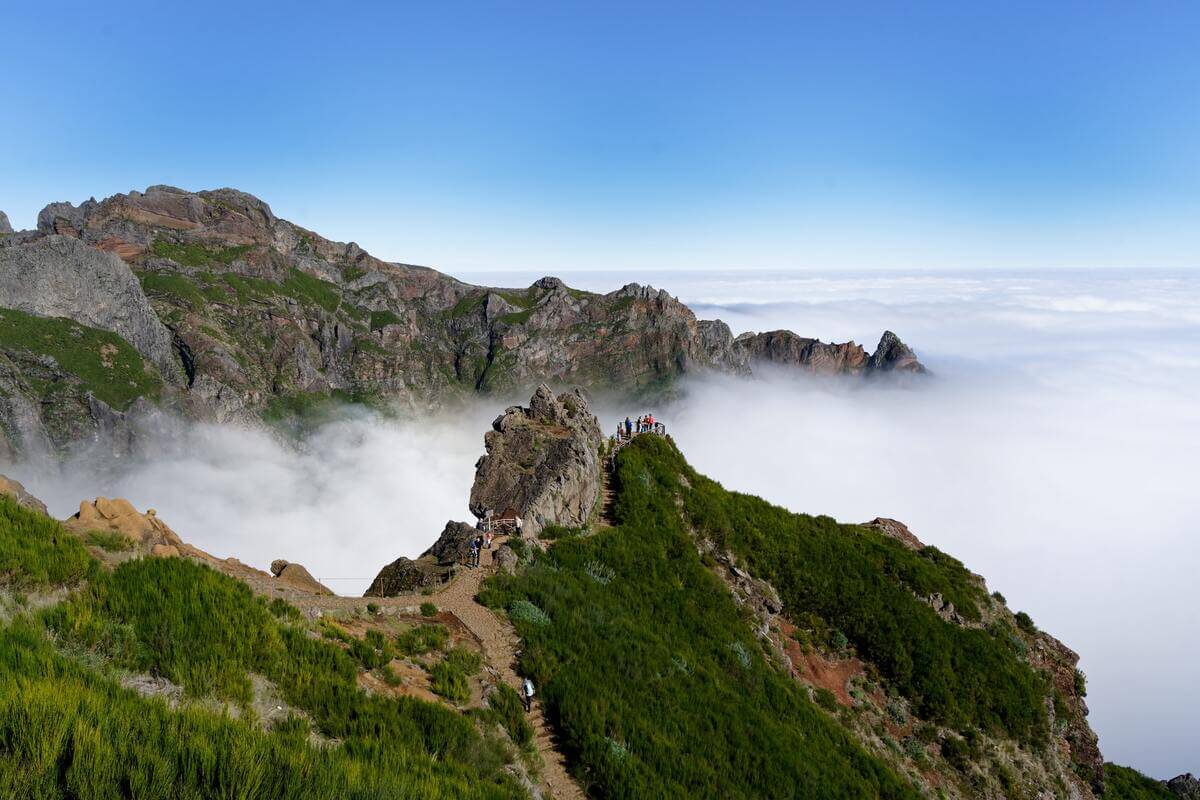 The island’s sea life is a marvelous element of Madeira’s appeal. There are many people that cast off in boats searching for the likes of common bottlenose and striped dolphins; and sperm whales and pilot whales, all of which swim near the archipelago’s waters. You can even go to the whale museum in Caniçal, you can check their website here.

7. We are not just one island

The popular perception is that Madeira is a lone island, in the coast of Morocco, but in fact, this volcano-born island is merely the biggest segment of a broader archipelago. The second island, Porto Santo, hides 44 miles (71km) to the north-east of Funchal and in that same island Christopher Columbus once lived there.

For those that don’t know the term, levadas are irrigation channels that were “made” out by early islanders in order to help carry rainfall waters from the mountains to the more dry regions. Lucky for avid hikers, these agricultural phenomenons also make quite lovely areas for a nature walk. If you’re interested in them check out this article here. 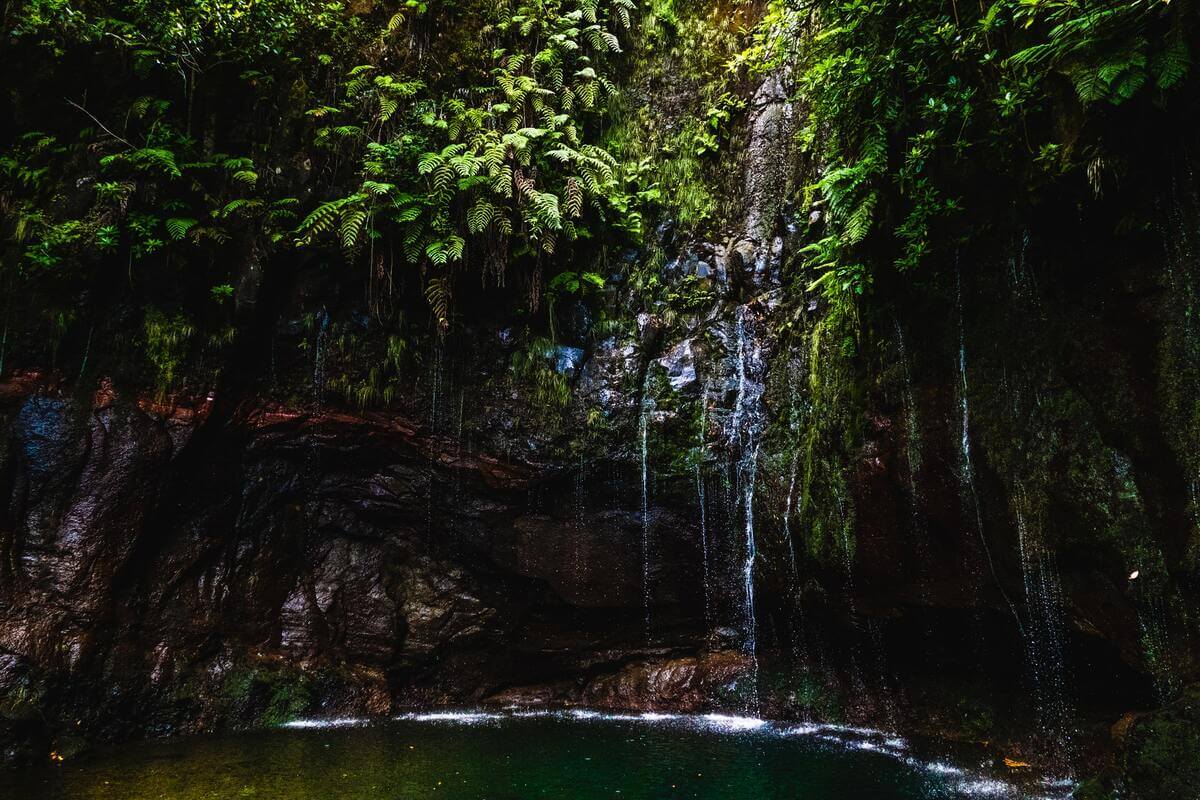 The new year’s eve fireworks display is one of the biggest pyrotechnic shows in the world. Our tradition of letting off fireworks on New Year’s Eve began during the 18th century, when the British people living on the island had their own fireworks displays to mark the new year.
In the year 2006 this firework show gained international recognition when the Guinness Book of Records officially recognised it as “the world’s largest fireworks display”. 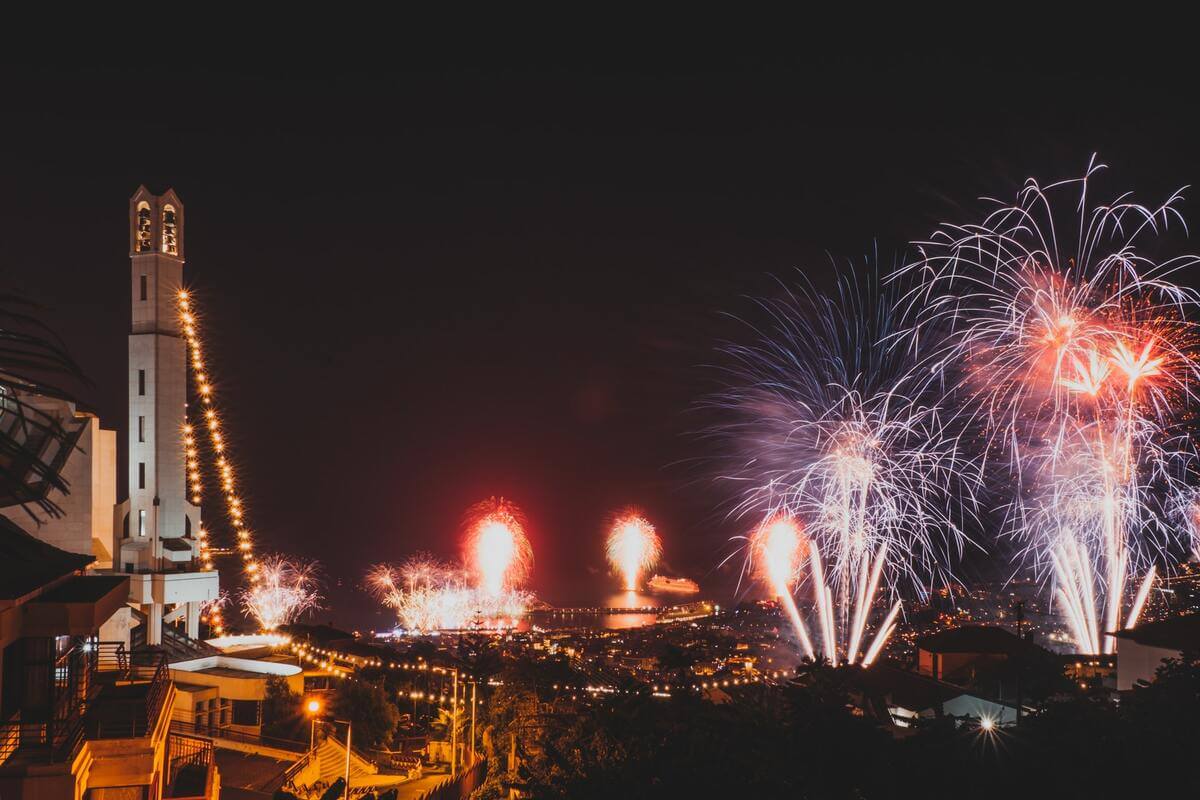 This isn’t a fact and it’s more one the joking side of the article because it’s not that big of a deal but still be careful. Don’t arrive on the island wearing a Lionel Messi top and saying he is the best. The love the people of Madeira have for Cristiano Ronaldo, who has a museum, an airport with his name and a statue in Funchal, is genuine, and you can get in trouble if you start talking about CR7’s arch enemy.

11.The capital is pretty and full of activities

Funchal is in the heart of Madeira and in it there is the Zona Velha (Old Town) with the Painted Doors Project, a swirl of creativity, which has the doors to buildings along the Rua de Santa Maria adorned with many paintings and scenes done by the townsfolk. Images include everything from a fisherman sitting by his boat to the painting of a dislocated eye peeking from behind a cracked window of yellow glass. You can check the paintings online if you go to this website here.

I hope that with this article you now know more facts about Madeira Island, Portugal. While you can get around the island by bus it is essential to rent a car, so why don’t you rent one of our cars at 7MRentACar. Also you should see this article so you know what activities to do in Funchal,if you want to stay in a hotel you can find them here.