All you need to know about Madeira Flowers

One of the main features of Madeira Island is the beauty of the surrounding nature. Due to the privileged geographic position of the island in the Atlantic Ocean, the tropical weather that the archipelago offers favours the existence of multiple distinguished species of flowers.

Besides this, Madeira is composed of deep valleys and steep cliffs, which, combined with the mild climate, favour a diversity of habitats existence, allowing the development and preservation of a high floristic richness.

Located in Quinta do Bom Sucesso, the Botanical Garden offers a panoramic view over the city centre (Funchal) and a diverse collection of Madeira flowers and plants displayed throughout the garden.

The garden is open every day from 9 am to 6 pm, with the last entry at 5.30 pm, and offers the opportunity to visit the Natural History Museum and ride the cable car up to Monte.

This place is open every day from 9.30 am to 6 pm, and due to its length, it can take all morning/afternoon to visit the infrastructures.

The Municipal Garden of Funchal, formerly known as the Dona Amélia Garden, is located in Funchal city, Madeira.

This garden has a vast area within the city centre, with examples of the beautiful Madeira flora, alongside other varieties from other parts of the globe, all fully identified. This green space also has a bar-esplanade, a kiosk and a small pond populated by swans and ducks, with fountains and a marble sculpture, commonly known as “Meninos”.

This park is a public area located in the city centre, Funchal. This area is often used for short walks in the gardens and, because of its vast surface area, for demonstrations, popular celebrations or events such as music festivals.

With a total area of 36,000 m², Santa Catarina Park offers breathtaking views over Funchal’s bay and the opportunity to see multiple different species of Madeira flowers, perfect for nature lovers.

The 6 Most Seen Madeira Flowers

Madeira is known for its diversity of flowers and endemic species, making the name Ilha das Flores or Jardim no Atlântico, names called and associated with Madeira.

Due to the large variety of flowers that Madeira has, here is a list of the six most seen Madeira flowers and that can get found whilst visiting the region. 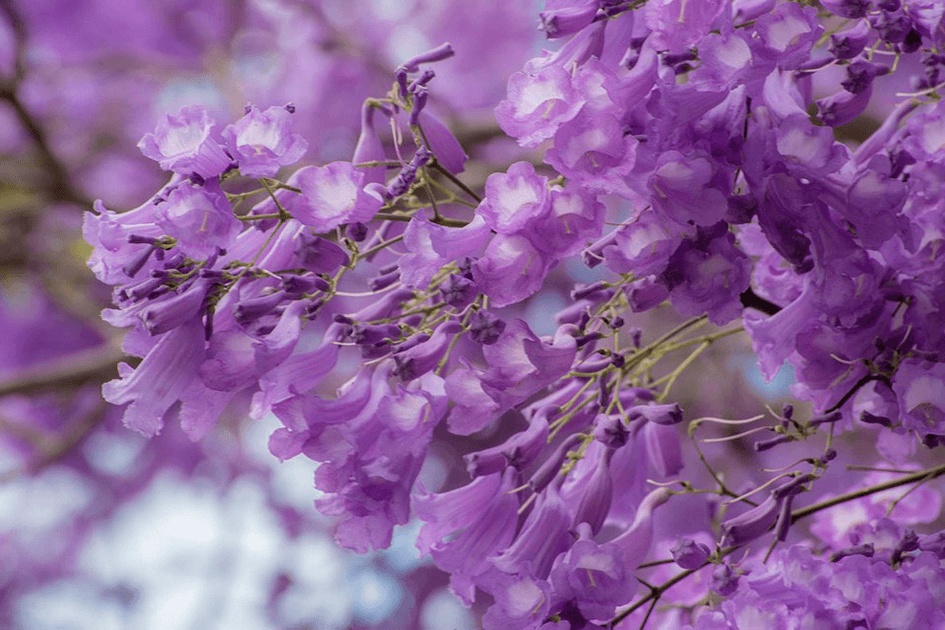 The Jacaranda, with its purple flowers, is one of the most visible trees, embellishing the urban landscape of Funchal during Spring. Many of these trees have got planted in Madeira, especially in the centre of the city and villages at sea level, where they can get the temperatures they need to bloom. As for the streets of Funchal, in autumn, these trees let their flowers fall, forming a purple carpet on the pavements. 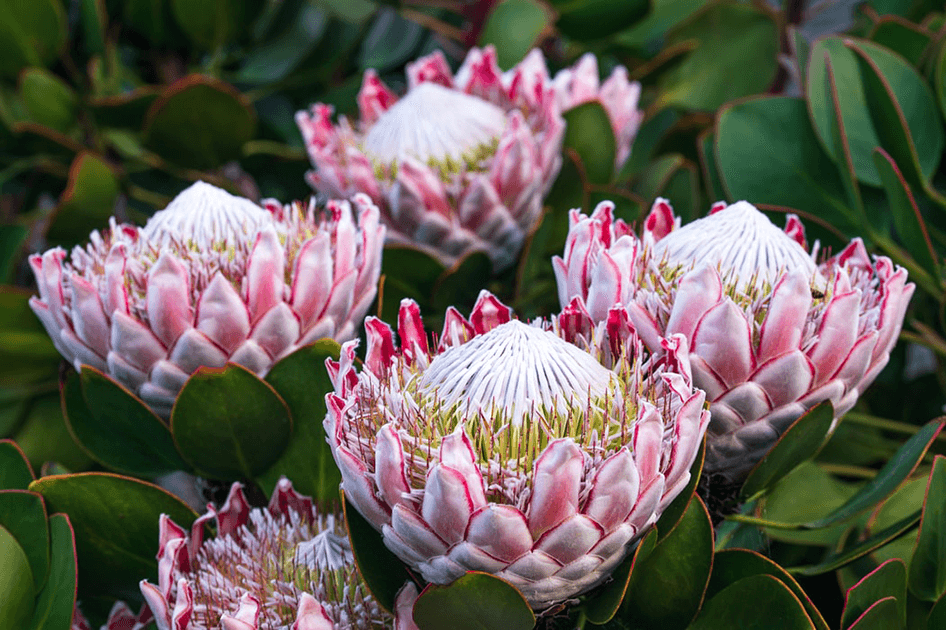 The Protea is a common flower in Madeira that fascinates tourists and residents.

Proteas cultivation in Madeira island began in the early 1970s. The Protea cybaroides, the Protea compacta, the Protea nerüfolia and the Leucospermum cordifolium got planted with seeds from South Africa.

Despite being far from the areas where they originate, Madeira has very favourable growing conditions for the production of proteas.

With a Colombian origin, the anthurium is also a flower often found on Madeira Island, essentially in the city of Funchal in the street flower stands. They can also be found in many Madeiran houses and are considered one of the most popular and representative flowers of Madeira Island. 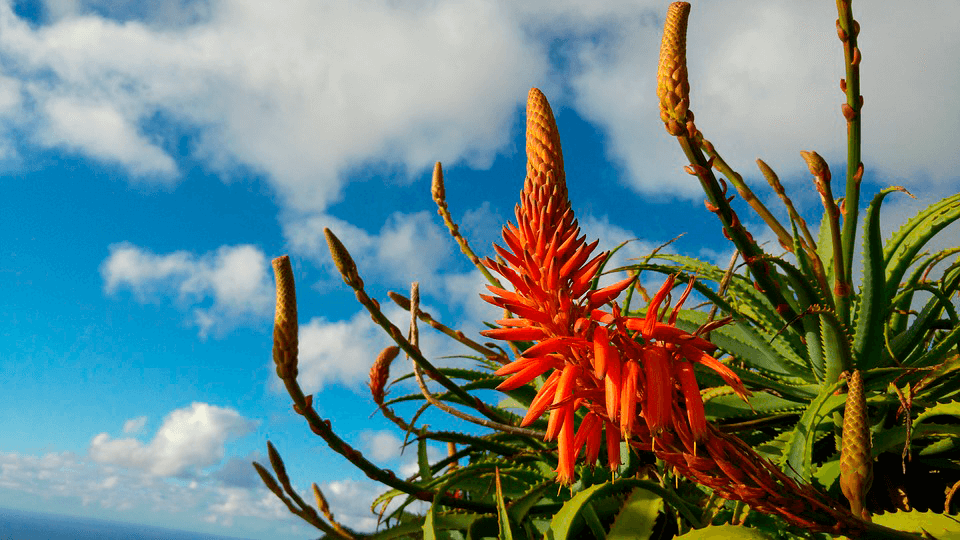 Originally from South Africa, this plant has adapted very well to Madeira Island due to the temperature and climate similarities of the region. Also, because of the natural habitat of this plant, they can generally get found in mountainous areas, including rocky outcrops and exposed summits. So it is possible to find them growing from sea level to the top of the mountains.

Also known as “Novelos”, this flower is often seen on Madeiran roads and landscapes, derived from its fast spread.

These Madeira flowers are attractive and abundant all around the island all year. However, it is in August when the explosion of colour of the ‘Hortencias’ can get seen on the Madeiran view, more vividly, with tones between blue, white and purple. 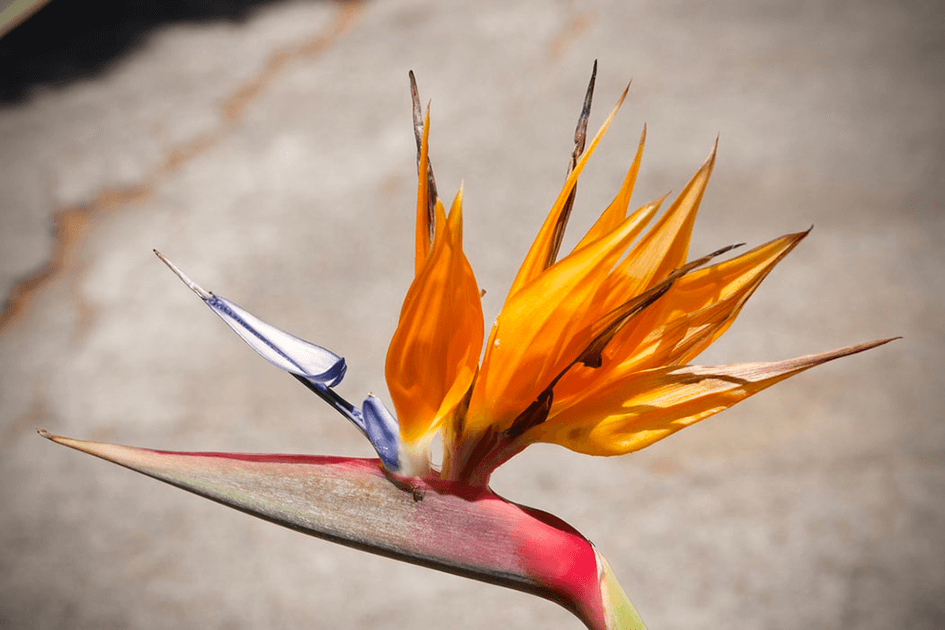 Strelitzia is native to South Africa and was introduced to Europe about 200 years ago.

It is a plant that needs a lot of light, rich soil, a lot of water and does not resist very well to low temperatures. Due to Madeira’s climate, it is possible to find this exotic and beautiful plant in almost every garden.

These are just six of the most commonly seen flowers on Madeira Island as the diversity of flowers in the region is enormous. Due to this flora variety, Madeira has its famous Flower Festival, to showcase the beauty of the many flowers found all over the Island.

Finally, one of the best ways to view the beauty of Madeira’s flowers is by driving around the island and for that 7m Rent a Car can help you, by giving you guidance in which car type will suit you the best for your plans on Madeira.